「Ideagear」supports your Monodukuri (Making of things) from Shenzhen and South China.
We are a group of experienced engineers who produce or/and teach IoT prototypes, and also are engaged in community activities in Japan. We specialize in IoT and are particularly good at RaspberryPi, Bluethooth, Linux and circuit design.
Also, we are very familiar with Chinese markets as our business has based in only in South China for more than nine years.

We customize the product and service to your needs. Please feel free to contact us. 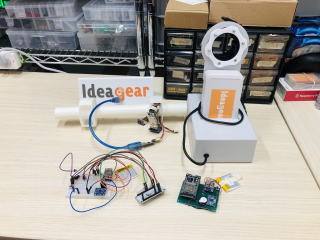 The development team is led by Mr. Kono, an IoT expert who teaches and produces IoT prototypes in Japan. Supporting him is Mr. Suzuki and his colleagues, who engage in hardware startups and run business in Huaqiang North, Shenzhen. This Chinese and Japanese mixed development team is currently developing and mass-producing products mainly focusing on making existing products compatible with IoT.

We have steadily been releasing products since 2018. 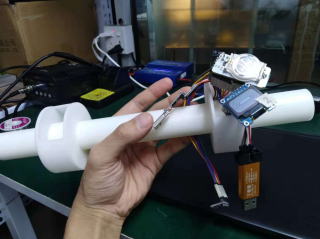 Dumbbell-like IoT devices had already been existing since spring of 2018, being a small device attached to a dumbbell with a sticker to record the number of reps. However, a drawback of this kind of product is that it counts any movement no matter how it was done as a rep.
If someone was going to train, they’d want to count the amount of correct movements individually. However, there weren’t any products that would allow the user to do so which is why we developed a new idea. The photo is the first prototype of it. When we delivered it to our customers, we received the following feedback.

1. 80% of equipment used at the gym are barbells
2. There must be a range of 10 weights from 2kg to 20kg
If we continued developing dumbbells as they currently are, a problem would occur that the metal will interfere with radio waves of the device embedded in the dumbbell. It is also necessary to make 10 types in total along with molds that would lead to expensive development costs.
On the other hand, in the case of use with barbells it turns out that a single external type is fine. Considering the fact that most users use barbells, we decided to temporarily stop the development of dumbbells and started developing barbells. For more information on barbells, please refer to the IoT barbell section. 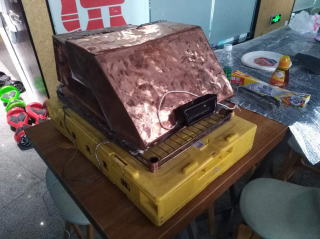 This was a great success at the engineer networking event.

Anyone can easily cook pizza in 2 minutes by logging on to RaspberryPi using SSH, writing a control program with vim, and compiling and running it. The temperature can go up to 600 degrees Celsius! 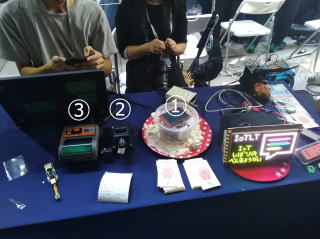 ①Smart Cake
You can upload birthday wishes and images via your phone and display them on the cake. Enjoy celebrating a technological birthday using features such as image projection through your phone and sound sensing LED candles allowing them to be blown off.
②Automatic moon tracing camera It traces the moon automatically.
Though it can automatically trace the movement of the moon, the direction of the camera can be changed manually. You can control it through a computer and also shoot images.
③Character printer The original prototype of the character printer. Please refer to the mini printer section below for a prototype. 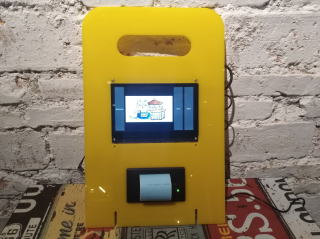 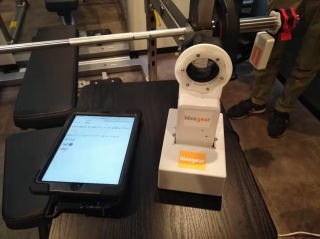 The IoT barbell was developed in response to the demands of unmanned gyms in Japan.

We support the user's training by having them select the mass of the weight and the motion on a smartphone or tablet and recording the number of times and speed in conjunction with the gym's online system.
Just training muscles doesn’t get you anywhere, for example
1.wanting to go on a diet
2.wanting to increase agility
wanting to be able to hold up heavy objects
For each example as so, there is an optimal way to train. By making barbells compatible with IoT and detecting the speed and angle of the movement, it is possible to compare it to current databases and analyze it. If the current movement isn’t right for the objective of the training, the system can send a notification 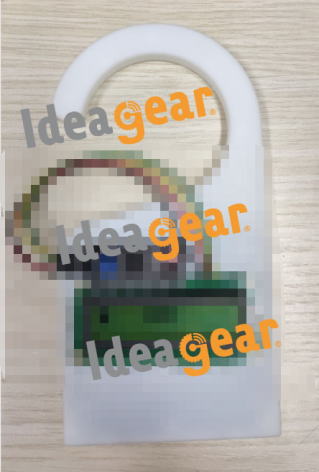 It`s an IoT device used in conjunction with the main unit.

Its possible to know the state of main body from afar
※currently in development and preparation for mass production, so details cannot be disclosed 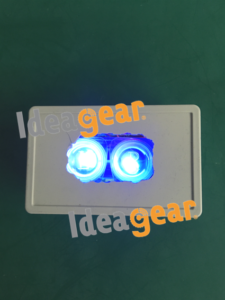 It's an device with UV lamp.(In developing)

This product's look is important so we couldn't put official moduel out. It's about beauty&fashion usage device with UV lamp.

※currently in development and preparation for mass production, so details cannot be disclosed.
Please contact us for other accomplishments

We are uploading the latest information regarding Shenzhen and Huaqiang North Electronics Market in Japanese on Twitter.
Please scan the QR code to follow us! 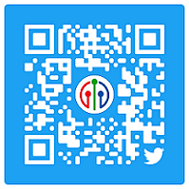